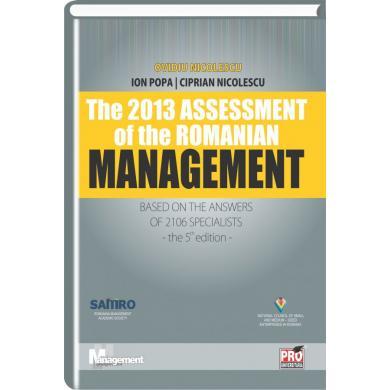 The 2013 assessment of the romanian management

With this volume we reached the fifth annual work dedicated to the assessment of the management in Romania. In the same way as the previous editions, ’The 2013 assessment of the Romanian management’ conducted under the auspices of The Romanian Academic Society of Management (SAMRO) and with the support of the National Council of Private Small and Medium Enterprises from Romania (CNIPMMR) represents the fourth study of the past four years, aimed to present the status, functionality and performance of the Romanian management, in the main areas in which it is carried. It is important to note that this volume is among the few books of its kind published in the world. Undoubtedly, its importance and usefulness go beyond those of a really good management book. The arguments arise from the situational context in which it was developed, the objectives, the content and the target groups of the research.

The dominant economic context of 2013 in Romania has had a slightly improved socio-economic development against the previous year, with an increase in the gross domestic product (GDP) over EU average, , with the inflation relatively high according to European standards, with levels of investment and credit in the economy close those of 2012 and a low uptake of EU funds Undoubtedly, the administrative and the political factors had a decisive influence over the national economy.

Although the study has mentioned authors - who have developed it - it is not only a work of authors.The 2013 Assessment of the Romanian Management - just like its other studies from 2009, 2010, 2011 and 2012 - is a work of an institutional type. Without the contribution of members of The Romanian Academic Society of Management (SAMRO) and structures of the National Council of Private Small and Medium Enterprises in Romania (CNIPMMR) it could not have been done. The giant database of empirical information, particularly recent, covering the year 2013 on which the research is grounded was obtained from the contributions of the members of SAMRO - see list of contributors - CNIPMMR structures and other professors, trainers and consultants in academia.

We cannot conclude these brief considerations without thanking the main authors on this work - Professor Ion Popa, Ph.D and Associate Professor Ciprian Nicolescu, Ph.D - who, with a special competence in a record period developed substantial parts of this volume.
Same thanking to Lecturer Florin Anghel, Ph.D, who, by processing the information contributed substantially to ensure the rich informational base of this volume.
Naturally, the work developed in such a short period and involving a large number of people may be improved in many areas. We look forward the assessments, feedback and your comments, that will be helpful in achieving The 2014 Assessment of the Romanian Management. 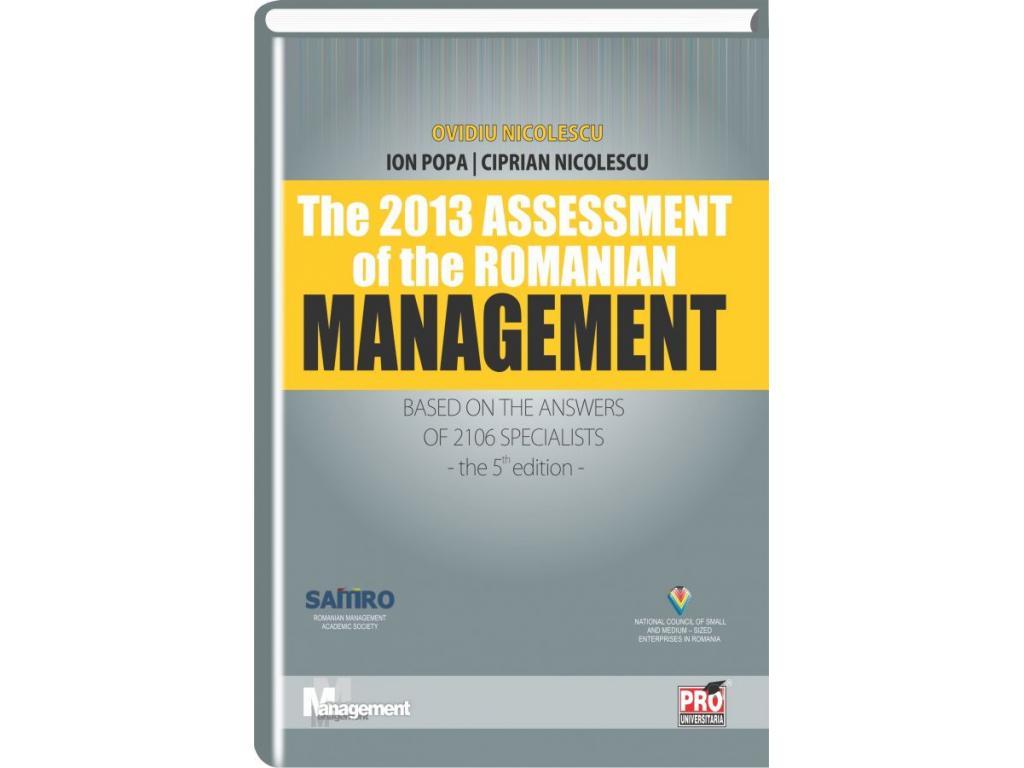